This way the percentage change can be calculated across any range of time, is limited to information that you can see, and is smoothed out to let you understand the overall change for the given timeframe.

First Half = Given measure for the first half of the days in the report period.

Second Half = Given measure for the last half of the days in the report period.

In the example below, there were 8 Unique Viewers in the first half of the Period and that went down by 25% to 6 unique viewers for the second half. 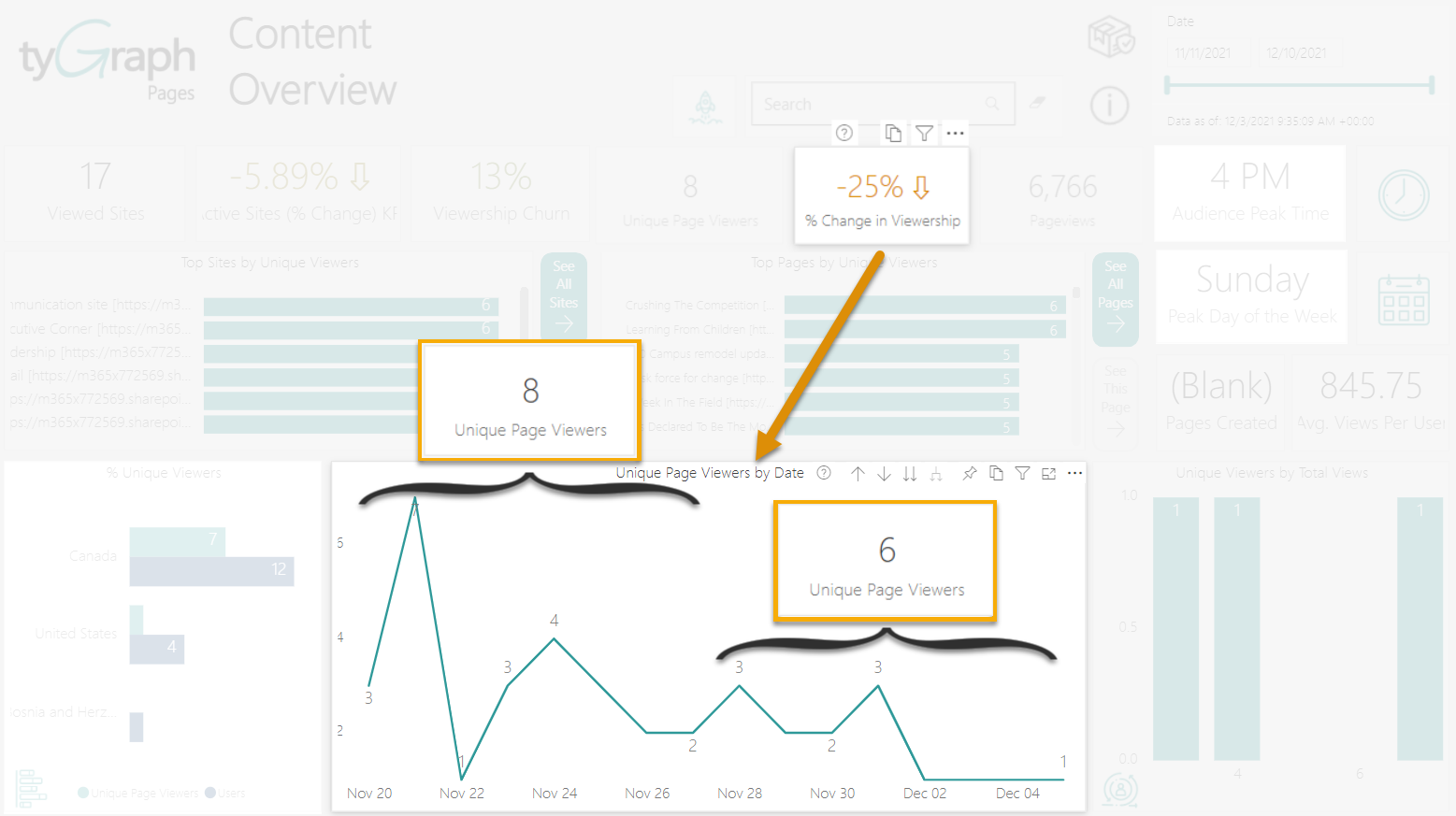