Reads are the total unique thread views a user has each day across the network. Each user gets counted for a thread only once in the same way as seen by.

Where to Find It

Reads are featured prominently on "The Network" page in tyGraph for Yammer. Unfortunately we are unable to collect user reads down to a thread or community but we are working hard to get this in the tool one day. 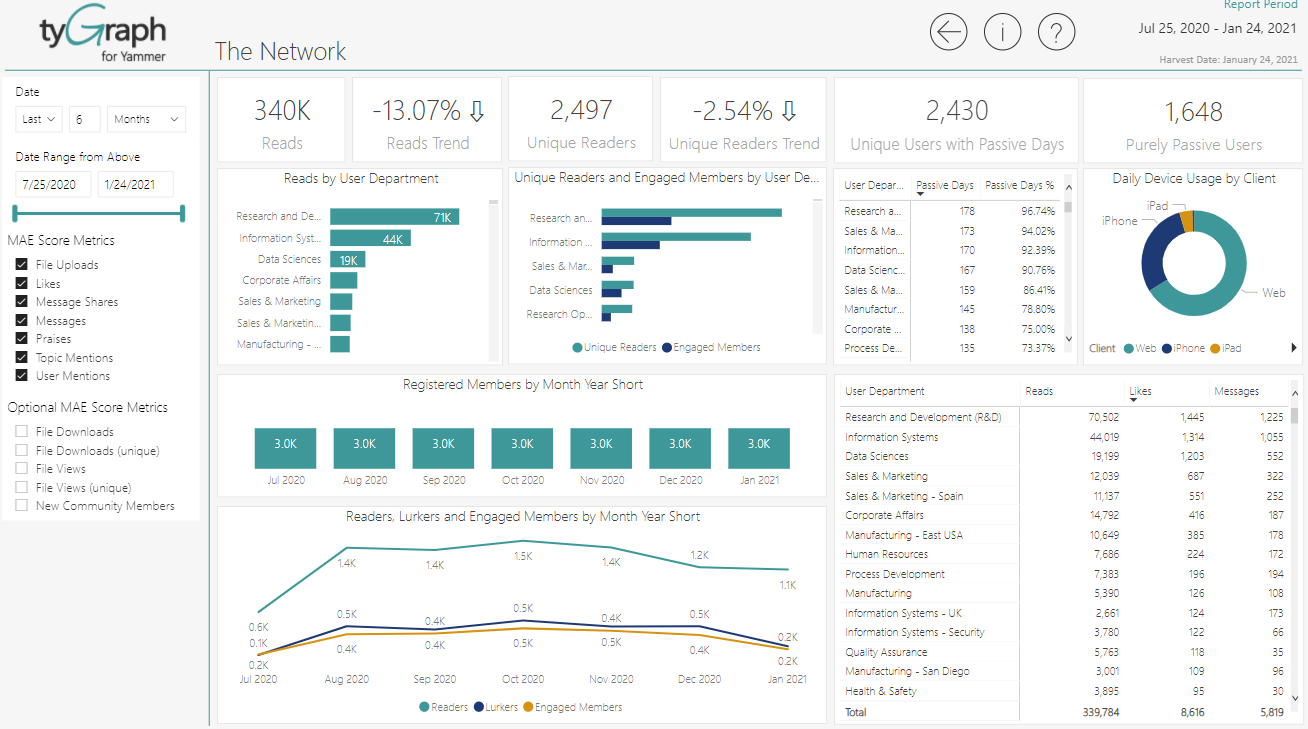 There are many great uses for reads. Here are two common examples.

User reads are a great way to measure passive activity on your network, especially for campaigns aimed at bringing new users to Yammer.

Say for example I ran a campaign in the Information Systems department to participate in Yammer. They are a quiet bunch so by measuring engagement it may appear below that our campaign did not succeed. There was no increase in engagement. However this is the reason we include reads in the Network page as well. You can see that there was a massive increase in reads during the campaign and thus we achieved our initial goal of brining users to the platform. 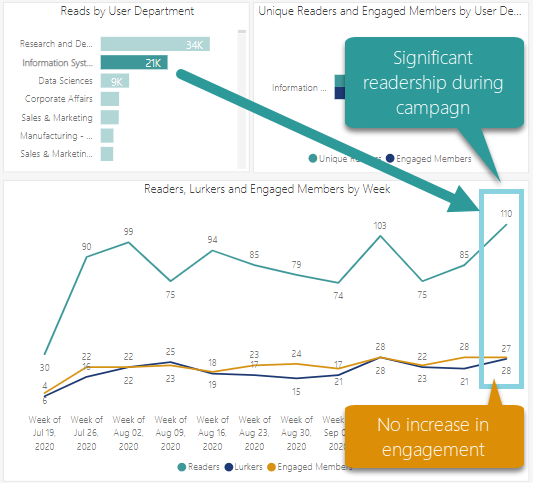 As we saw above, users or areas of the business sometimes prefer to consume content on Yammer rather than participate. By observing your user reads over time you can decide if you want to engage certain areas or build your passive audience further.

Furthermore, plotting readers and engaged members on business regions helps you quickly identify easy areas to focus your efforts. In this second example below, you can see there are huge numbers of users who are reading content in Research and Development and Information Systems but aren't participating. A well aimed campaign at these two departments has more potential yield than all other departments combined.  If your strategy is focused on engaging users already on the platform this is a measure you must consider. 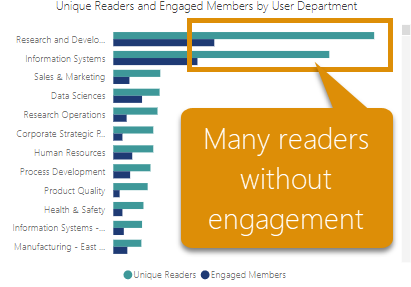